The final few groups in AFEfootballnews’ review are E and F, which look to be two very entertaining groups indeed.
So, here’s the lowdown …

“Mr invisible” last season for Chelsea having been the PFA player of the year the season before, Hazard will be out to prove his critics wrong and show that he can still be one of the best in the world.
Following Vincent Kompany’s absence due to injury, the wing wizard will be captaining the Belgians at Euro 2016.

One to watch:
Romelu Lukaku

Phenomenal for Everton last season scoring 18 goals in 37 appearances in the Premier League and guiding them to the semi finals of the FA Cup. 14 goals in 45 appearances for his country isn’t bad going either and he shone for them at the 2014 World Cup.
This time around, he’ll be hoping to do even better as the spearhead of a Belgium team that is full of promise. 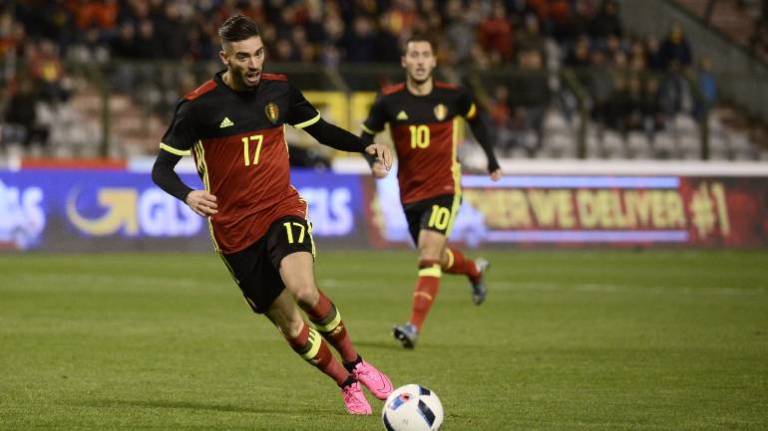 The 22 year old winger truly made a name for himself when he scored in the champions league final for Atletico Madrid as they lost 2-1 to arch rivals Real Madrid in May.
With a tendency to sprint away from defenders, its not hard to see why Carrasco’s been selected for his country for Euro 2016 and he looks as though he could be a decent player for them to call upon.

The ex Tottenham Hotspur man is a hero for his home nation, being one of the highest scoring international players ever (with 67 goals in 143 appearances for Ireland). At 35 years old, he’s now playing in the MLS with LA Galaxy and whilst his legs may be tiring, there’s no denying his passion for playing for his country.
If there’s one man who can lead the Irish out of a tough looking group its Keano!

One to watch:
Shane Long 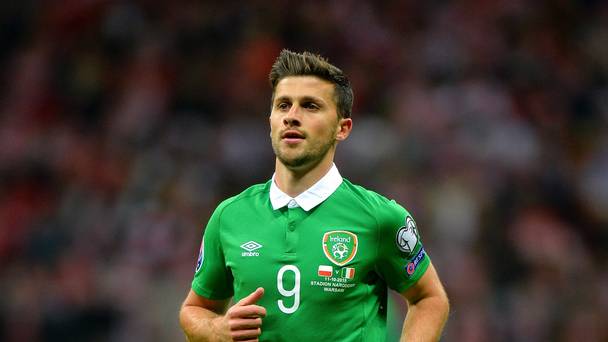 Arguably one of the most underrated strikers in recent Premier League history, Long has a decent record of scoring goals, for the likes of Reading, Hull City  West Bromwich Albion and more recently, Southampton, as he seems to know where to be at the right time.
Given half a chance, he could snatch the winner, he’s Ireland’s very own secret weapon!

Now 40 years old and made 133 appearances for Ireland, Given is a true legend!
Having been a fans favourite at several different clubs in the Premier League over the years  too, this may be the last time we ever get to see him play in goal.
Sad times!

Another great goalkeeper of this generation, Buffon also announced earlier on in the month that this will be the last major tournament that he will be participating in too. The 38 year old is still the most expensive goalkeeper in the world, following his €53 million move from Parma to Juventus in 2001 and has made 157 appearances for Italy over the years.
Having won the world cup with Italy in 2006 and been a runner up in Euro 2012 (losing 4-0 to Spain), he’ll be hoping to guide them to unlikely success this time around, before hanging up his international boots in July.

One to watch:
Lorenzo Insigne

At 5’3 the winger/attacking midfielder who plays his club football for Napoli is small in stature, but what he lacks in height, he certainly makes up for in pace and dribbling. Keep an eye on him this summer as he could hold the key for Italy’s make or break and campaign.
In a team that’s severely lacking in big names nowadays, Italy will be relying on Insigne to be their star man. 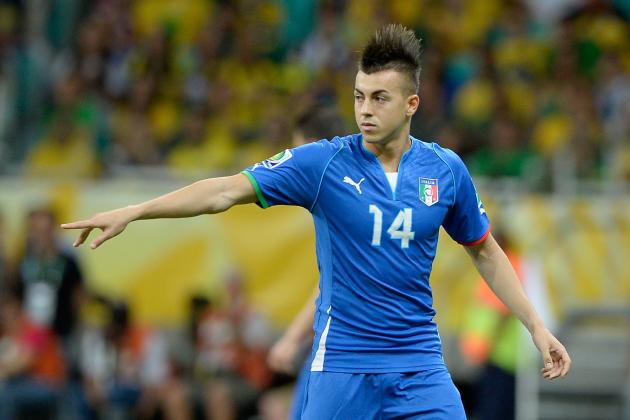 Striker turned winger El Shaarawy spent last season on loan at Roma, and showed glimpses of what he’s capable of. After seasons with Milan and Monaco in the past, much has always been expected of him, but in truth, he’s not quite lived up to his potential just yet.
Could this be the summer that he finally breaks through and shines? 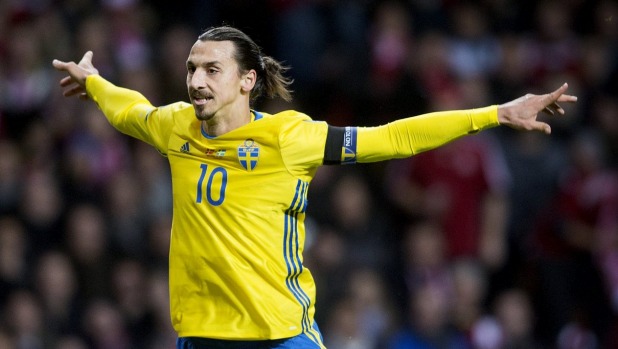 Arrogant and cocky, but world class, this man needs no introduction.
“Ibra” has been teasing fans of Manchester United for many weeks now about a potential move to the club, so much so that Paris Saint Germain fans must be sad to see him back in France for the Euro’s!
His attention is now turned to his country though and their work is really cut out for them in a rather unpredictable, but nevertheless tough group. He’s led them to the tournament and will be hoping to spring a few surprises when it all kicks off for real in a week or so!

One to watch:
Sebastian Larsson 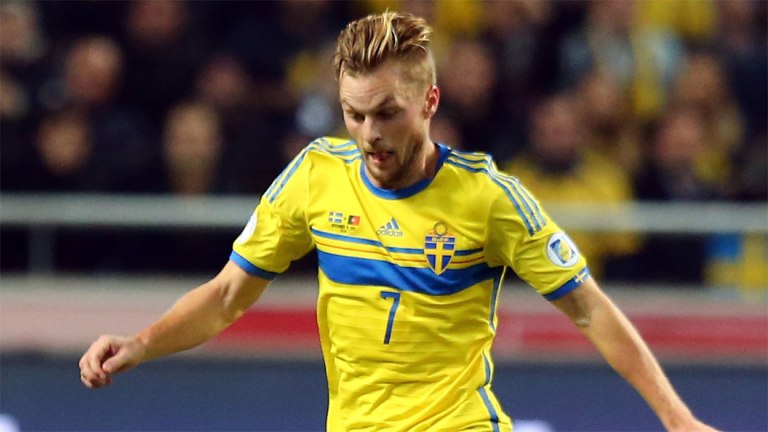 The Sunderland midfielder has been playing for Sweden since 2008 and has made 84 appearances for his country since then. He’s a vital player in their set up and is likely to be the one orchestrating their attacks. 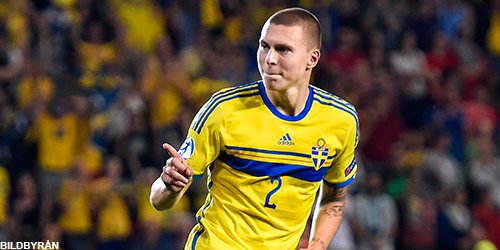 21 year old center back who plays for Benfica, Lindelöf is a strong defender who looks like he grow into a potentially world class player. Confident on the ball and good in the air too, he may not start games at the Euro’s due to his inexperience, but he’ll make good cover should any injuries arise. 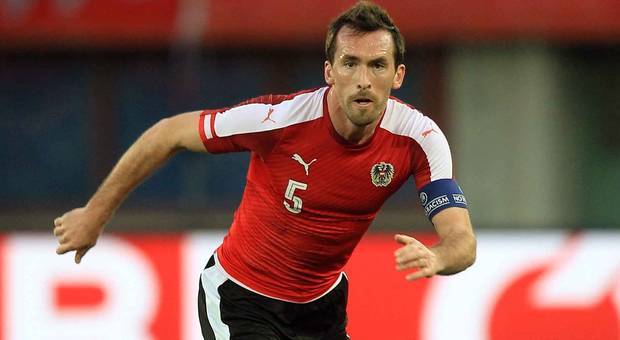 After having the most surprising of seasons with Leicester, winning the league, Fuchs will now be hoping to guide dark horses Austria out of a group that they certainly look like they could get out of.
The right back is a highly reliable player who’s really shown his quality since his move to the Premier League last summer.

One to watch:
Marko Arnautovic

On fire at times for Stoke City last season, winger Arnautovic is just as important for his country, having played 52 times for them and scoring 11 times to date.
A great dribbler of the ball who’s not afraid to take aim and shoot, he could potentially be an underdog for the golden boot award.

Not many people will have heard of 22 year old attacking midfielder Schöpf, but since moving to Schalke in January, he’s made quite the impact when he’s been called upon, scoring 3 goals in 11 games. He also made his international debut this year and now has a record of 1 goal in 3 games for Austria, a record which has seen him be selected for Euro 2016.

A winger with a sweet left foot, Dzsudzsak plays his club football for Bursaspor in the Turkish League and has played for Hungary since 2007, scoring 18 goals in 78 games.
Arguably he’s their best player on his day, as he’s quick on the ball and likes to assist as well as score. If anyone can change the game for Hungary, its this man!

One to watch:
Roland Juhasz 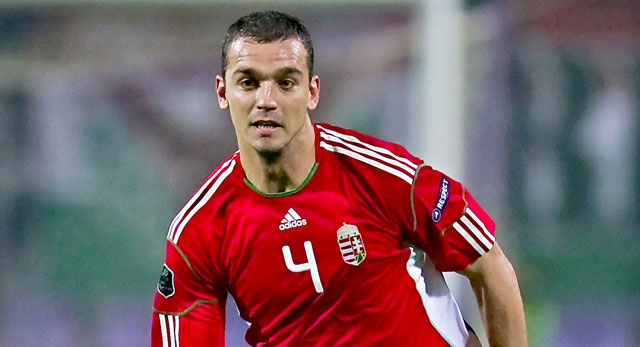 If Hungary stand any chance of making it through Group F, then their defence has to be just as good, if not even better, than their attack!
32 year old Juhasz has been their main central defender since 2004, making 91 appearances for them thus far and he’ll really have to be on top form to stop the likes of Ronaldo, Arnautovic and Sigurdsson this summer.
It’ll bs tough, but they’ve proved critics wrong before by qualifying for the tournament, now its time to take it one step further and make it out if the group!

A fan favourite in his days at West Bromwich Albion and Fulham, Gera is now 37 years old, so there’s no doubt that this is likely to be his first and last major tournament with Hungary.
An avid long ranger scorer in his days in the Premier League, he’s been a vital player for his country since 2002, playing in the heart of the midfield and scoring 24 goals in 89 appearances, so he’ll be hoping to make one final lasting impression at the Euro’s!

Not many Icelandic players have graced the British shores over the years, but tough tackling Gunnarsson has played for Cardiff since 2011 now and has played nearly 200 games for his club, playing in a defensive midfielder role.
For Iceland, he has been captain since 2012 and has made 59 appearances since his debut in 2008. Being part of their first ever Euro campaign will mean the world and more to him, but getting out of group F will be a real challenge.

One to watch:
Gylfi Sigurdsson

There’s no doubt that Swansea City star Sigurdsson has the potential to light up this tournament, having already had a blistering campaign with Swansea last season in which he scored 11 goals, which is pretty good going for a midfielder.
The 26 year old is definitely the stand out performer for Iceland too, having scored 13 goals in 39 games since his debut in 2010 and arguably being the main reason as to why they qualified for the Euro’s for the first time ever this summer! 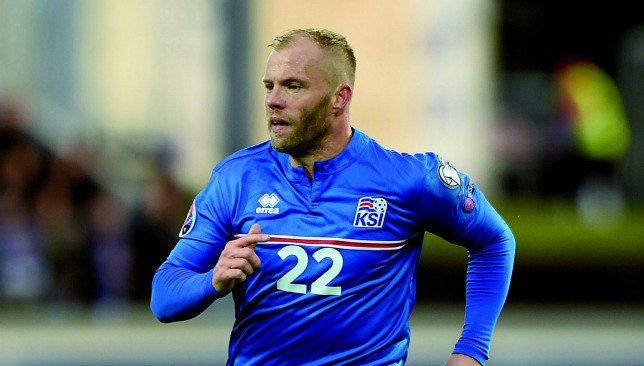 Yes really. The 37 year old ex Chelsea hitman is representing his country at a major tournament for the first and definitely the last time.
He’s a true legend to the people of Iceland as he was one of the first Icelandic players to play in the Premier League and put the country in the map. Internationally, he made his debut in 1996 coming on as a substitute and replacing his father!
Nowadays, he’s the country’s top scorer ever with 26 goals in 86 appearances and I for one really hope he adds to that record at Euro 2016.

The best player in the world (or the second best if you’re a Messi fanboy!) Will be looking to finally prove that he can hack it at a major international tournament having played rather dismally in recent events such as the 2014 works cup and Euro 2012.
Once again he’ll be captaining the Portuguese team and their hopes will most likely rely on whether or not CR7 plays well or not!

One to watch:
Luis Nani

The ex Manchester United wing wizard now plays for Fenerbahce in the Turkish League and has been an ever present member of Portugal’s national side since his debut in 2006, making 96 appearances.
His skillful dribbling and his lethal crosses into the box will be vital for the team. 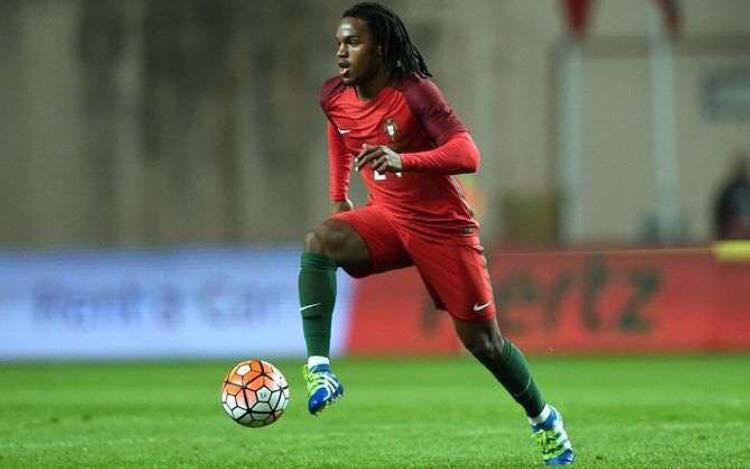 Having just completed a £30 million move to Bayern Munich, the 18 year old midfield sensation is being tipped to be one of the best in the world.
Whilst playing in the Champion’s League last season for Benfica he looked like a highly confident player squaring up to the likes of Arturo Vidal and Xabi Alonso and arguably outclassing them.
Portugal have a number of promising players coming through the ranks right now, but Sanches seems like being the best of the lot!

With all the groups covered now, AFEfootballnews is looking forward to the tournament itself which starts with France vs Romania tomorrow!